Last year around this time, I was asked to join a project with only the promise of adventure.  I entered a Zoom call to meet Daniel Fisher, a retired engineer who had been composing music on the side for many years.  Over the year that followed, I was introduced to the intricacy of album creation and composition with unforgettable experiences along the way. 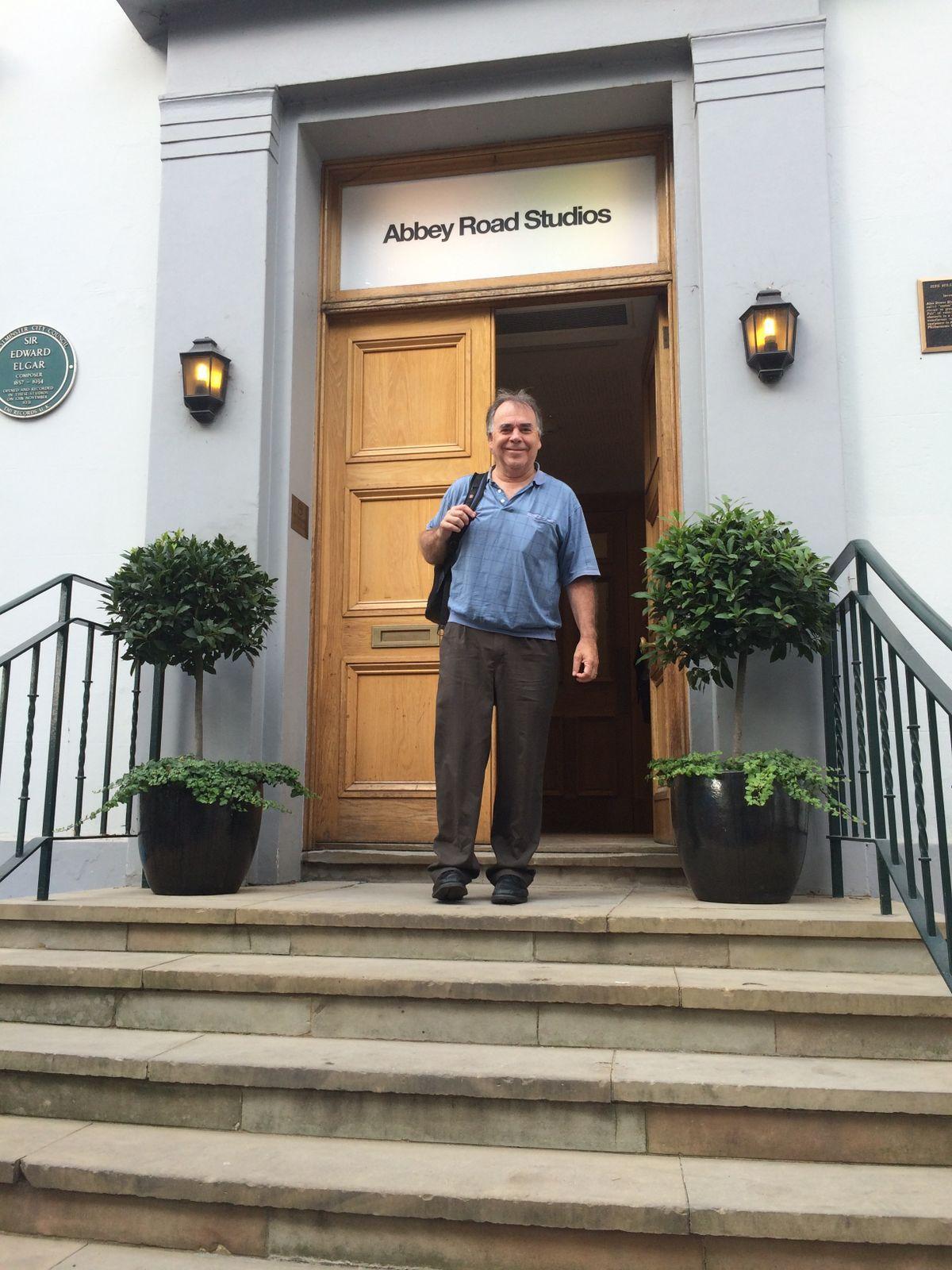 Daniel is no ordinary man.  He has flown over a million miles for work and has traveled to China 114 times, Japan 46 times, Vietnam 20 times and any other country you could name.  He creates, writes, listens, evaluates, transposes, adds instruments, subtracts instruments… he truly does it all.  The idea of “getting something out of your head and onto paper” is one of many struggles in college.  Daniel has demonstrated that it is very possible and has given me hope (as a college student) struggling to get my own ideas onto paper.  Seeing his creative process has given me a new perspective on approaching issues with creativity.

I received an email in the middle of June informing me that Daniel was boarding a plane to London to finish recording his album. As a classical-ish composer, Daniel Fisher has had the opportunity to record his album in a few stand-out locations. The first picture I received from London was Dan standing in front of the “Abbey Road Studio” sign, in almost the same iconic spot as the Beatles for their Abbey Road album.  I knew in an instant how serious this project would be.  Daniel’s journey of album creation is one for the books, and I could not be more amazed at the places it has taken him.

Since that photo, Daniel has finished the album and is onto the release phase.  His first single was released on January 28 and shares the same title as the upcoming album “Places Far Away.”  When Daniel shared the title of the project with me, it made total sense based on the adventures he has had in life.  There is a complete version of his story, accompanied by the first single on his website.  I encourage you to go check the page out and read in-depth the incredible true story of Daniel Fisher on his quest to conquer Places Far Away.

The ‘Middle Way’ is following Jesus to spread hope

'Daniel Fisher: Composer, producer and so much more' has no comments

Find out more below!

The Anchor is a product of student effort and is funded through the Hope College Student Activities Fund. The opinions expressed on the Voices page are solely those of the author and do not represent the views of The Anchor. One year subscriptions to The Anchor are available for $45. The Anchor reserves the right to accept or reject any advertising.